1. You are a problem solver
2. You area conflict mitigator and goodwill nurturer
3. You have learned to respect the otherness of others
4. You accept the God given uniqueness of each one of the 312 Million Americans
5. You have learned to fight off any bias when it encroaches you.


YOU BELIEVE IN THE FOLLOWING STATEMENTS:


Our Constitution, “ We hold these truths to be self-evident, that all men are created equal, that they are endowed by their Creator with certain unalienable Rights, that among these are Life, Liberty and the pursuit of Happiness."


Martin Luther King Jr. expressed that in his speech, “ I have a dream that my four little  children will one day live in a nation where they will not be judged by the color of their skin, but by the content of their character.”


Chief Seattle, a Native American said this perfectly, “All things are connected. Whatever befalls the earth befalls the sons of the earth. Man did not weave the web of life; he is merely a strand in it. Whatever he does to the webs, he does it to himself." 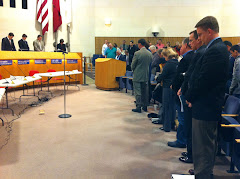 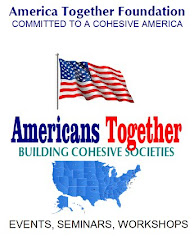 Its a non-profit organization, pending IRS's 501 (c) (3) Status. Please visit About us on the left panel

We are one nation under God, indivisible with liberty and justice for all. We are represented by every race, nationality, ethnicity, language, culture and religion. We see God as one, none and many and in every form; male, female, genderless and non-existent, being and non-being, nameless and with innumerable names. Americans together are committed to preserve this pluralistic heritage of America.

No American has to live in anxieties, discomfort or fear of the other.

America together, Americans Together is an educational and pragmatic initiative to wean out myths from reality that is hurting the social cohesiveness of America. The myths are vigorously pumped in by a few insecure souls from among the right wingers to disrupt delicate balance in the society by pitching one American against the other for their perceived gains.

The purpose of this “America Together” is to remove such myths in an open discussion forum and restore the cohesiveness of our society and work towards building a safe and secure America.

As a society, it is our responsibility to keep law and order and faithfully guard the safety of every citizen. Hate is one of the many sources of disrupting the peace in a society and it is our duty to track down the source of such hate and work on mitigating it.

Since our independence in 1776, we have been tested time and again by various political, economic and religious forces to divide us, however, at the end we have come out strong as one nation. The Civil War, the Great Depression, the World War, Pearl Harbor, Women’s rights, Abortion, the Vietnam War, Civil Rights, Budget Deficits, Unemployment, 9/11, the Iraq and Afghanistan War have all been difficult, but we will make it through and sanity will prevail.

We have come a long way to embrace and accept the otherness of other and we have a whole lot more to go; in the coming months we will be holding meetings to understand the complexity of issues such as Gay & Lesbian acceptance, Quraanic Verses, Anti-Semitism, Stereotyping, Racial profiling and hope to find answers that will lead to accepting the otherness of other to co-exists in harmony despite our differences.

To the naysayers, we say, if we don’t do a thing about it, nothing good can be expected to happen.

The Foundation for Pluralism and the World Muslim Congress are taking the initiatives to mitigate conflicts and nurture goodwill in building cohesive societies for America and have planned on two conferences dealing with the issues; the first one is Qur’aan Conference and the next one is on understanding Homosexuality and the role of religion in it.

It is time now to replace the ill-will with goodwill; no American has to live in anxieties, discomfort or fear of the other. Our mission is to restore the cohesiveness of our society and work towards building a safe and secure America.

Mike Ghouse for a cohesive America
America together
http://www.mikeghouse.net/